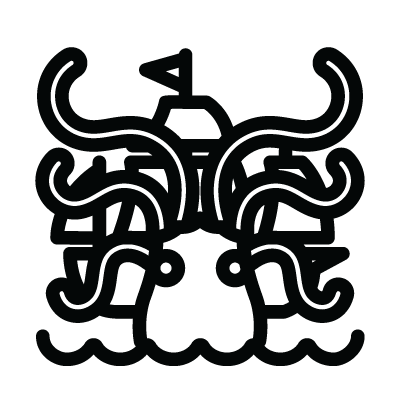 Kraken is a legendary sea monster of gigantic size and cephalopod-like appearance based in Scandinavian folklore. According to the Norse sagas, the kraken dwells off the coasts of Norway and Greenland and terrorizes passing sailors. Over the years, authors have postulated that the legend may have originated from sightings of giant squids that may grow to 13 to 15 meters (40–50 feet) in length. Although fictional and the subject of myth, the legend of the Kraken continues into the present day, with numerous references existing in film, literature, television, and other popular media.