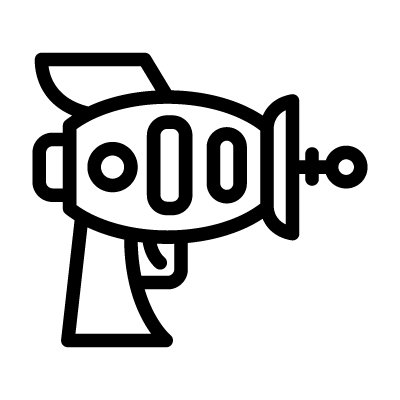 Laser weapons are the most common starship weapons in the galaxy, ranging from low-powered prototypes mounted on independent freighters to high-performance combat models used on military fighters and smuggler’s starships. Laser cannons are similar to handheld blasters, only significantly more powerful. The laser cannon activator combines high-energy blaster gas with a sizable, powerful charge. Laser cannons are relatively light weapons and have a high rate of fire, providing powerful countermeasures to fighters and other light ships, although they are unable to penetrate the powerful shield barriers and thick armor plates of large warships.