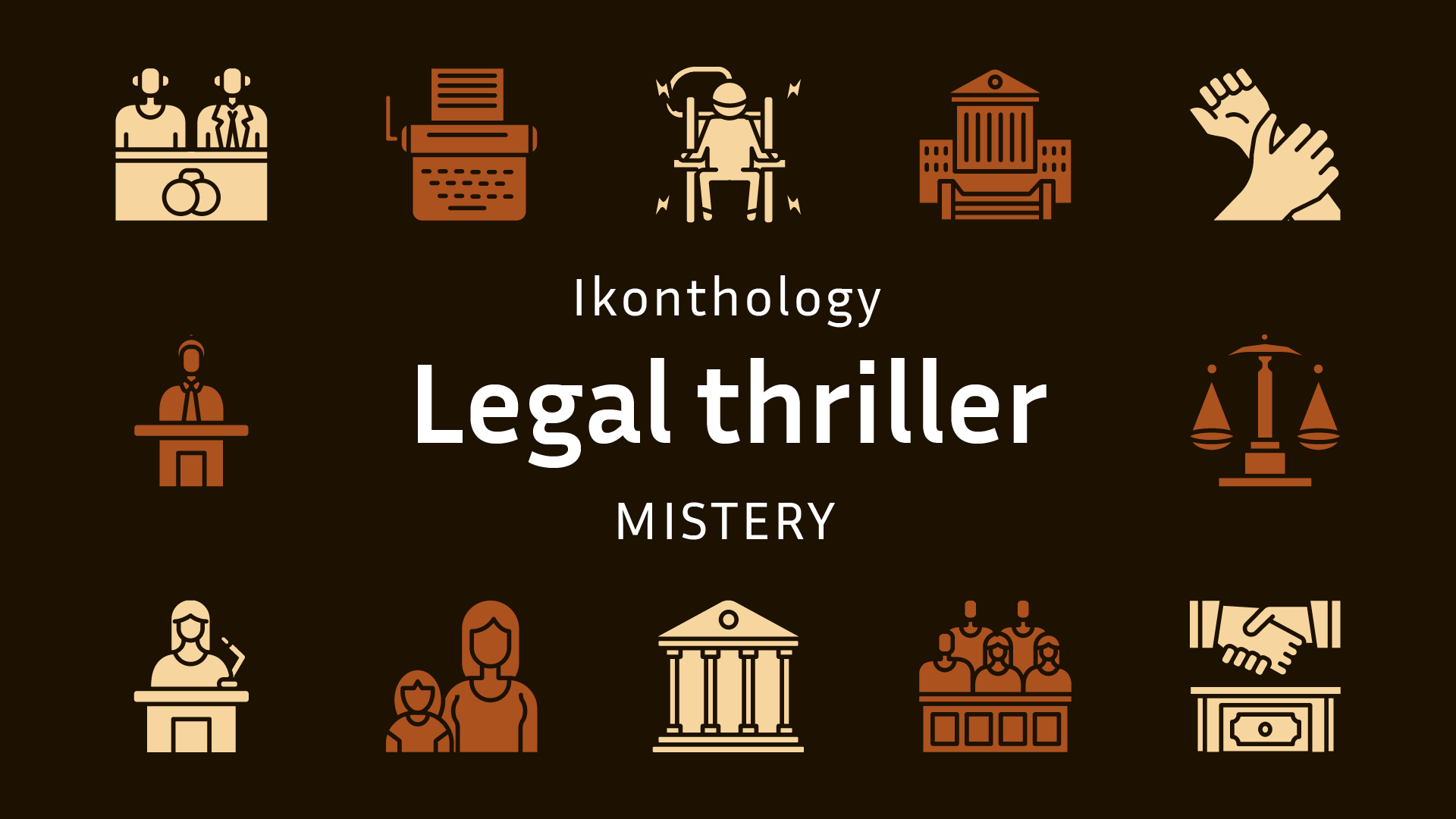 General info: Legal thriller is a subgenre of the Mystery genre in which the plot is based on certain legal procedures (usually a trial). Though a usual court proceeding can be a long and dull affair, the Legal thriller builds excitement and tension through its Mystery-like structure. The audience usually knows of the defendants’ guilt or innocence from the start of the story, but the hard part of proving that culpability becomes a kind of investigation in and of itself. Lawyers and prosecutors are also operating under an effective time limit due to the ongoing courtroom proceedings, adding that extra layer of tension. The genre was born in the United States in the mid 20th century. Many point to the 1959 film Anatomy of a Murder and Harper Lee’s fictionalized memoir To Kill a Mockingbird (1960) and its subsequent film adaptation as some of the progenitors to what we now consider the Legal thriller. These works also established central themes at the heart of many of these courtroom dramas, namely a sense of overriding justice and equality. The central characters are usually professional lawyers or prosecutors, though they can have wildly varying levels of experience. The 1992 film My Cousin Vinny is centered around the attempt of a lawyer who had only just passed his bar exam to help exonerate a relative and his friend from a murder they did not commit.

Cultural overview: John Grisham, Erle Stanley Gardner, Jodi Lynn Picoult, Joseph Delaney, Harper Lee, Scott Turow, Brian Stevenson, James Grippando, Michael Connelly. The popularity and birth of the genre is associated with an increase of public interest in the moral righteousness of courtroom crusaders who campaign for the sake of truth and justice. That moralism is central to the genre and explains its consistent popularity into today. The most notable genre authors, who are often former lawyers, explain all the pitfalls of the judicial system in an accessible way.

Meaning: The formation of the Legal thriller genre as a definitive genre is associated with the works of John Grisham, who is also one of the most popular authors of this genre. His first novel, A Time to Kill (1989), as well as his subsequent books The Firm (1991), The Pelican Brief (1992), The Client (1993), became world bestsellers and were adapted to film. A feature of the genre, in terms of content, is the prosecution of the accused. Unlike a traditional mystery story, the Legal thriller is often a back and forth battle of wits between lawyers, prosecutors, and even the judge. This often results in the main characters making sweeping declarations about the importance of truth, justice, and equality under the law.

Distinctive traits of symbols: The wood-paneled courtroom setting is particularly central to the Legal thriller genre. You have the jury off to the side, the judge overlooking all from his central desk, the lawyer and client sitting opposite, the audience in the back. Symbols of that rule of law, from the uniformed bailiff standing off to one side and the judges gavel, are integral to people’s contemporary understanding of the fictional courtroom setting. The Legal thriller remains a particularly popular genre in the United States, since the abundant material for authors of this kind is supplied by the US legal system and a long history of history-defining and precedent-setting legal bouts.