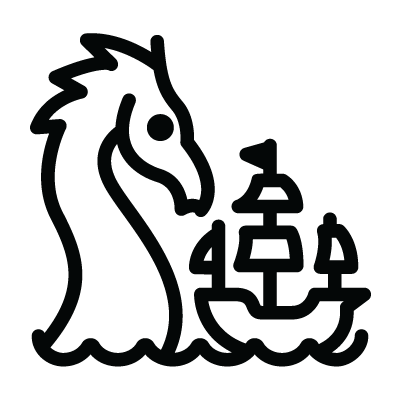 Leviathan is a creature with the form of a sea serpent from Jewish mythology. It is the embodiment of chaos, well noted due to the unpredictable and dangerous nature of the sea. The word later came to be used as a term for great whales, and for sea monsters in general.