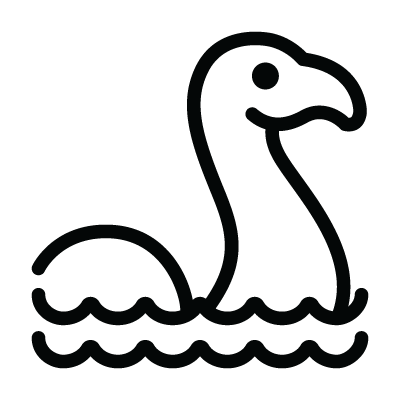 The Loch Ness Monster, or more colloquially known as Nessie, is a cryptid in cryptozoology and Scottish folklore that is said to inhabit Loch Ness in the Scottish Highlands. It is often described as large, long-necked, and with one or more humps protruding from the water. Popular interest and belief in the creature have varied since it was brought to worldwide attention in 1933. Evidence of its existence is anecdotal, with a number of disputed photographs and sonar readings.