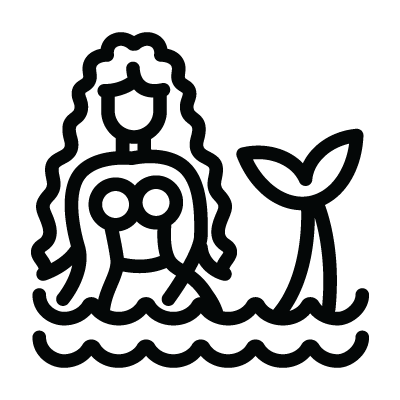 Mami Wata (Mammy Water) is a water spirit venerated in West, Central, and Southern Africa, and in the African diaspora in the Americas. Mami Wata spirits are usually female but are sometimes male. The appearance of her hair ranges from straight, curly to kinky black and combed straight back. Most scholarly sources suggest the name “Mami Wata” is a pidgin English derivation of “Mother Water,” reflecting the goddess’s title. While commonly seen with a mirror in hand, Mami Wata is able to embody ritual performances and worship ceremonies for Africans through this instrument. Her mirror represents a movement through the present and the future.