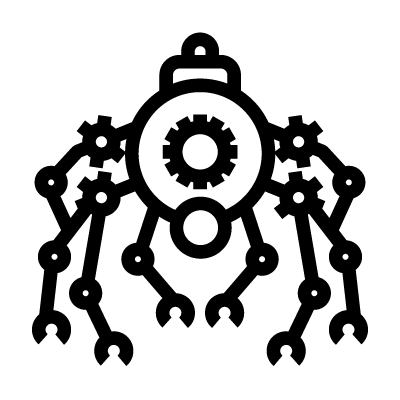 Mechanical spider vehicles are one of the iconic symbols of steampunk in pop culture. The Spider Tank is a giant spider-shaped war machine designed by the evil Doctor Arliess Loveless and an object in the 1999 American steampunk western action comedy movie Wild Wild West based on the 1960s American old west TV series of the same name. It is the most powerful weapon used by him. Insects shaped vehicles are popular in a Steampunk style.