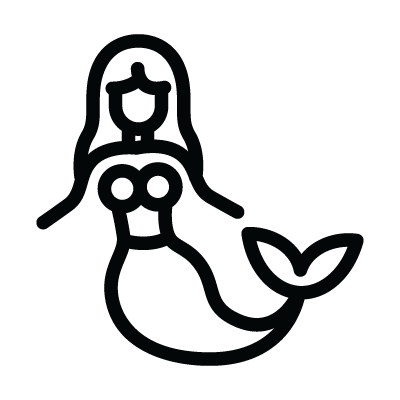 The mermaid is an aquatic creature with the head and upper body of a female human and the tail of a fish. Mermaids appear in the folklore of many cultures worldwide, including the Near East, Europe, Asia, and Africa. The male equivalent of the mermaid is the merman, also a familiar figure in folklore and heraldry.