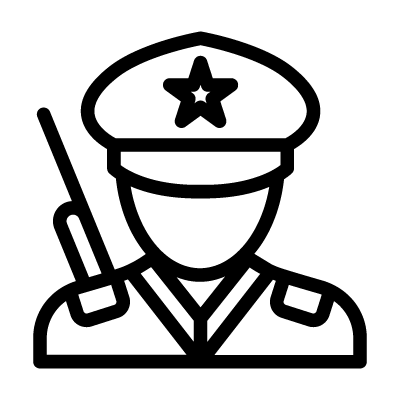 Militarism is the ideology and policy of actively building up and using a state’s military power for defensive or expansionist purposes, and it requires that the military and paramilitary institutions dominate both state and public life. Since a dystopian society is usually totalitarian, it has strained relations with neighboring states, therefore it prepares its population for a future war. The image of an external enemy is constantly maintained in the minds of people. The inhabitants of such a totalitarian state constantly live in fear while staying ready for war, so they often go in military uniform.