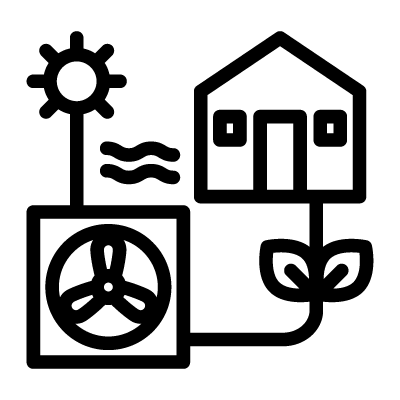 Natural heating system is heating an eco-house using natural resources. In ecotopia, this can be heating not only at home, but also in an entire village or ecopolis. Such heating or cooling can come from geysers, from the sun, snow, ice and so on.

V. F. Odoevsky in his book 4338. Petersburg Letters (1835) describes an utopia which uses a system of pipes that supply heat from Africa or cold from Siberia to around the world.

This allows heating homes, gardens and even roads.