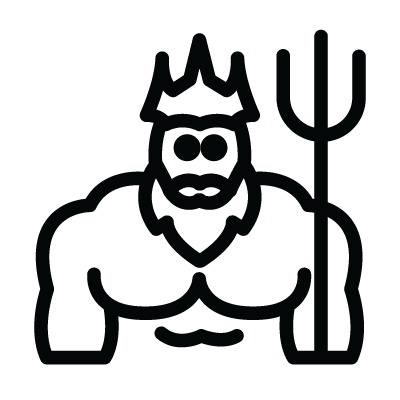 Neptune is the god of freshwater and the sea in Roman religion. He is the counterpart of the Greek god Poseidon. In the Greek-influenced tradition, Neptune is the brother of Jupiter and Pluto; the brothers preside over the realms of Heaven, the earthly world, and the Underworld.