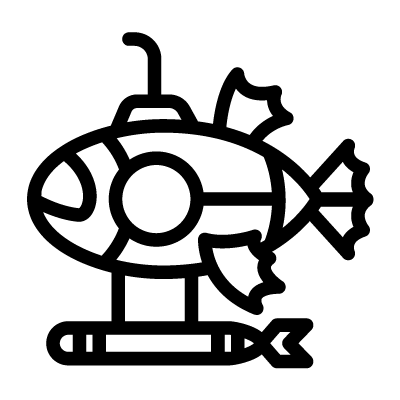 Submarines in steampunk can have different shapes and forms. They are richly decorated with different, lavish elements to showcase the owner’s wealth. Most common Steampunk submarine shapes include: fish, whales, octopuses, nautilus submarines, form of underwater house.