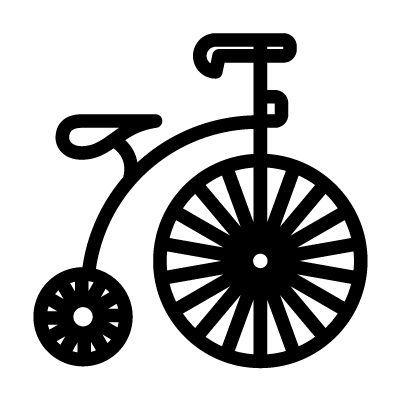 The penny farthing, also known as a high wheel, high wheeler, or ordinary, was the first machine to be called a “bicycle.” It was popular in the 1870s and 1880s, with its large front wheel providing high speeds (owing to it travelling a large distance for every rotation of the legs) and comfort (the large wheel provides greater shock absorption).