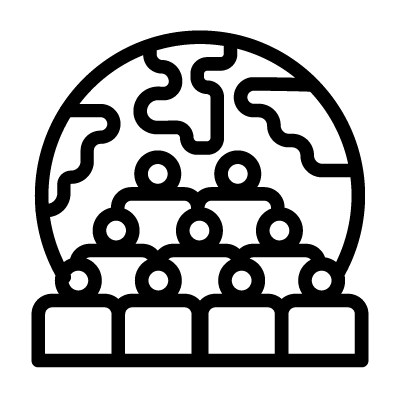 Planet overpopulation in the dystopian genre is one of the reasons for the environmental catastrophe and establishment of the totalitarian regime. This government is doing everything it can to control earth’s population, from genocides, to starvations, to slavery, and more. Overpopulation can be caused by future immortality. For example Walter Besant’s Inner House (1888) is worth noting. In that story, humanity attains immortality, which leads to complete stagnation of the population.