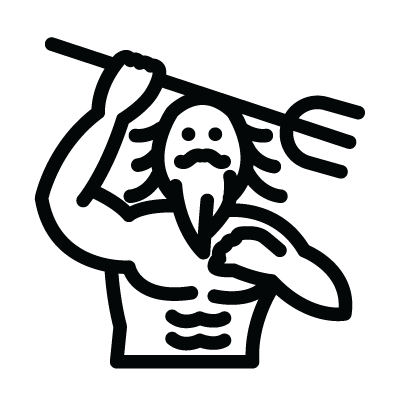 Poseidon is one of the twelve Olympians in ancient Greek religion and myth. He is the god of the sea, storms, earthquakes, and horses. Poseidon was protector of seafarers and of many Hellenic cities and colonies that lay close to the Mediterranean. Homer and Hesiod suggest that Poseidon became lord of the sea following the defeat of his father Cronus, when the world was divided by lot among his three sons. Zeus was given the sky, Hades the underworld, and Poseidon the sea, with the Earth and Mount Olympus belonging to all three.