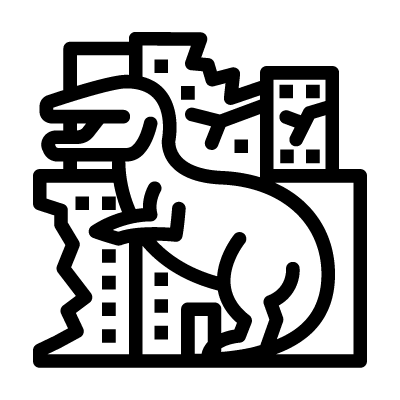 Prehistoric monsters can be some of the features of post-apocalyptic fauna. They can be one of the reasons for the apocalypses that destroyed human civilization. These prehistoric creatures can also reappear after so many millenia due to the hubris of scientists before societies fall, or they have arrived from deep within the earth to once again conquer the globe.