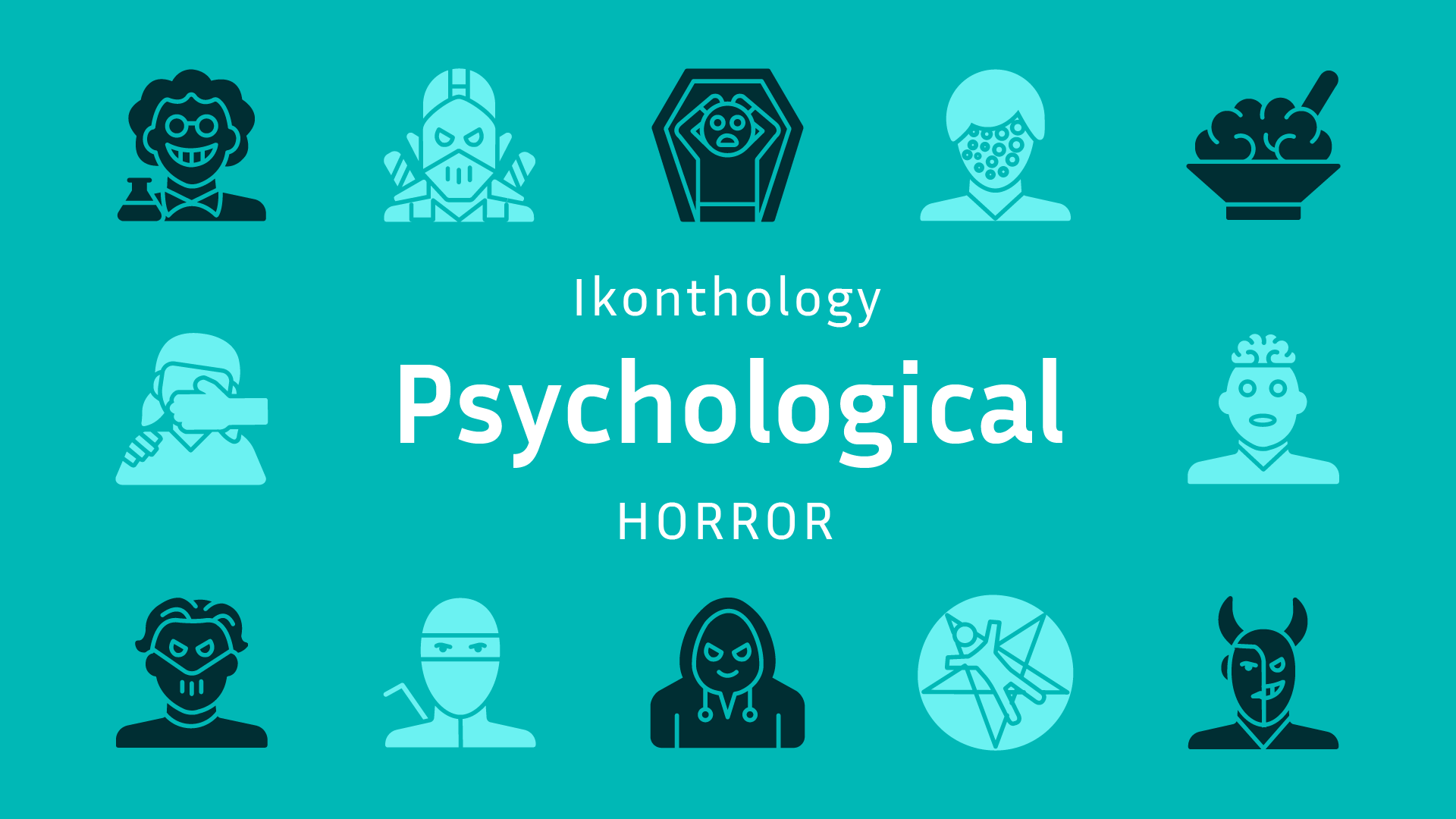 General info: Psychological horror is a subgenre of a Horror genre that creates psychological stress through the fear and emotional instability of characters. The genre usually plays on the archetypal sense of the unknown, created by characters who are locked in the dangerous labyrinth of their own psyche. It is believed that the birth of the genre took place in the cinema. The Black Cat (1934) by director Edgar Georg Ulmer and Cat People (1942) by Jack Turner are considered early examples of the Psychological Horror genre.

Cultural overview: Thomas Harris, Stephen King, Koji Suzuki, Shirley Jackson, Roman Polanski, Stanley Kubrick, Edgar Georg Ulmer, Jack Turner. Psychological horror aims to create discomfort by flaunting common or universal emotional weaknesses and fears, especially those hidden aspects of the human mind which most people suppress or deny. Psychological Horror was born as a genre with the development of the fields of psychiatry and psychology, along with a deeper understanding of the nature of human fear. In the middle of the 20th century, it became clear that it was not monsters that frighten a person most, but his inner demons, which marked the beginning of the development of the genre.

Meaning: Psychological Horror usually differs from traditional Horror. Where traditionally the source of fear is usually something tangible, such as grotesque or terrifying creatures, monsters, serial killers or aliens, the tension in the genre of Psychological Horror is more often created through the atmosphere, eerie sounds and the exploitation of the psychological fears of the audience. Psychological Horror is sometimes frightening or disturbing, relying on the viewer's, reader's or character's own imagination or expectation of a threat rather than a real threat. However, some stories may also depict violence and a real threat, such as a serial killer, but the emphasis is still on the sinister atmosphere and tension.

Distinctive traits of symbols: Psychological Horror describes mental, emotional and psychological states that scare, disturb, or upset the audience. The genre often uses elements of mystery and characters with an unstable, unreliable or disturbed psychological state to enhance the suspense and drama. The general paranoia and straining tension create an overall unpleasant and unsettling atmosphere. In this genre, the characters themselves are often not sure of their own perception of reality or doubt their own sanity, and the reader begins to wonder if his perception of the world is true as well. Characters in Psychological Horror see reality distorted or suffer from illusions or hallucinations, extraneous manipulations, emotional disorders and mental disorders.