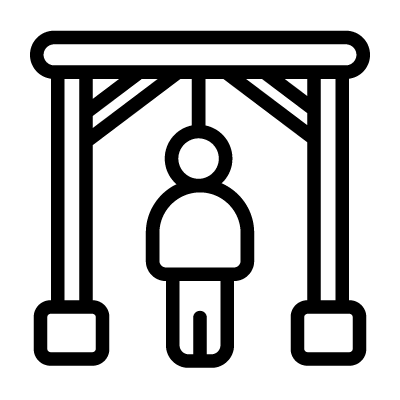 Public execution is a means for a dystopian state to both intimidate and entertain its citizens, making violence a part of everyday life and cementing their control over the populace’s every waking breath.

For example, in the novel The Great Idea by Henry Hazlitt, during parades at Red Square, the so-called “kulaks” are taken out in cages and are then publicly guillotined.