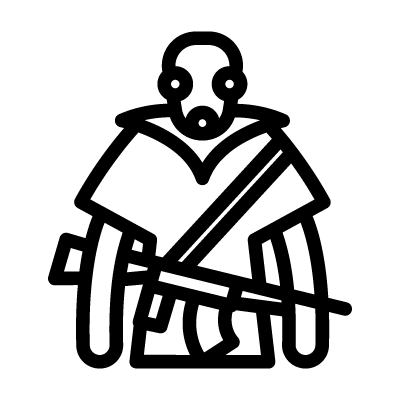 Religious fighter is a character in a Post-Apocalyptic world who fights for his religion, faith and the future of humanity in every way he can. Essentially a post-apocalyptic paladin, he has access to technology that allows him to fight off the dangerous inhabitants of the wasteland. He may have been a religious leader before the fall of civilization, or he could have come onto his beliefs only after the apocalypse. Either way, with the power of his god or gods on his side, nothing will stand in his way.