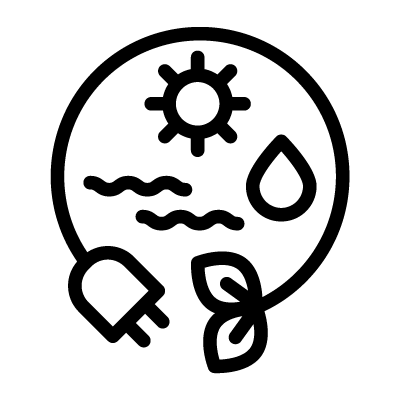 Renewable energy of nature is an energy from permanent and inexhaustible sources. The basic principle of using renewable energy is to extract it from processes constantly occurring in the environment and provide it for technical use. Renewable energy is obtained from natural resources such as sunlight, wind, rain, tides, geothermal heat, natural strength of rivers, and temperatures on the planet, which are replenished naturally. In the world of ecotopia, this is the only possible way to get energy.