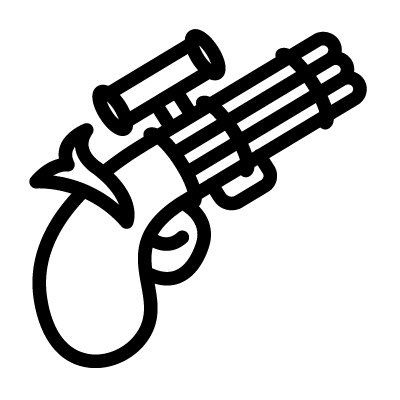 Revolvers Lefauche are named after the French designer Casimir Lefauche. The first version of the Lefauche revolver, equipped with a hairpin cartridge, was adopted in France in 1853. France was the first country in the world to introduce a revolver into its army. It also appears as one of the main weapons in the Steampunk world. They can be with ornaments and different modifications in Steampunk esthetics.