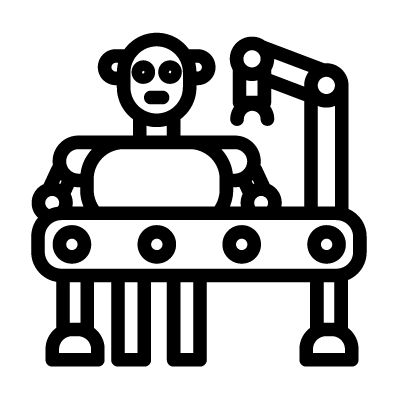 Robot takeover is one of the features of dystopian societies when people are not needed anymore and robots do all the work.

For example, in 1952 Kurt Vonnegut wrote Utopia 14, which takes place in a near future in which manual labor is almost entirely replaced by machine labor. Moreover, the EIPCAC XIV computer determines the supply and demand in the market.