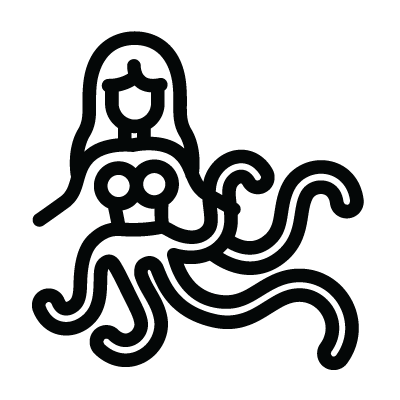 Sea witches are traditional folklore characters usually portrayed as women with a magical bond or power regarding the sea, the weather, or other aspects of seafaring life. Sea witches have been featured in European folklore for centuries. They possess a vast array of powerful magic, drawn from the brine of the sea. Traditionally, sea witches were witches who appeared among sailors or others involved in the seafaring trade. A sea witch may be presented as a magical or fairy creature such as a mermaid or as an ordinary human who uses magic to influence the sea.