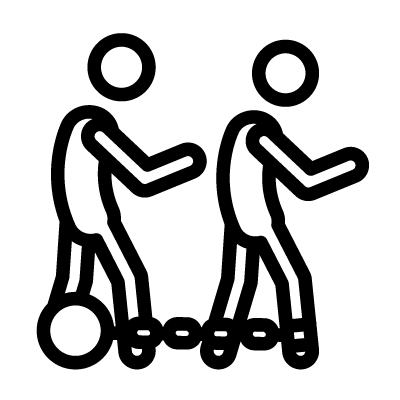 Slavery is a system of social dominance facilitating the ownership of people, whether by individuals or the state In thePost-Apocalyptic genre, slaves are usually subordinate to the leader of the gang or brutal city-state. Prisoners, criminals who tried to overthrow the power of the leader, and debtors can all become slaves in a Post-Apocalypse.