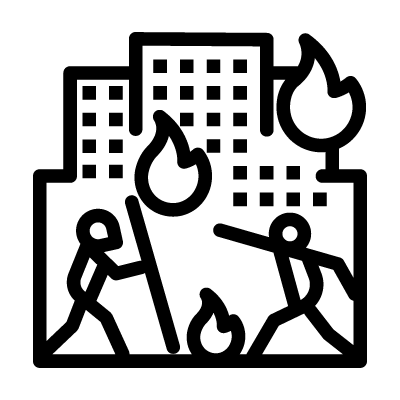 Social chaos is a common fictional reaction of society to the inevitable end of the world. Acts of vandalism, mass suicides, robberies and murders, pillaging, and rioting are constant companions of the apocalypse. In these fictional scenarios, such chaos is usually a byproduct of the incoming societal collapse or end of the world. Moreover, such chaos only exacerbates the threats humanity faces. Instead of banding together, the population selfishly lashes out, making the inevitable end that much more horrific.