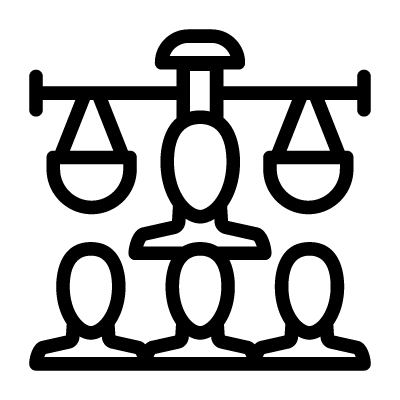 Disappearance of social hierarchy is one of the conditions in order to create an ecotopian society with social equality. Ecotopias focus on preserving the conditions for a stable human existence in the future. One of these conditions is the equality of people, because the race for goods and other benefits leads to an overabundance of products, and the process of producing those goods poisons the world. Therefore, in an eco-society, everyone should be equal, have equally few needs, and equally support society in recycling waste, growing food, and saving nature.