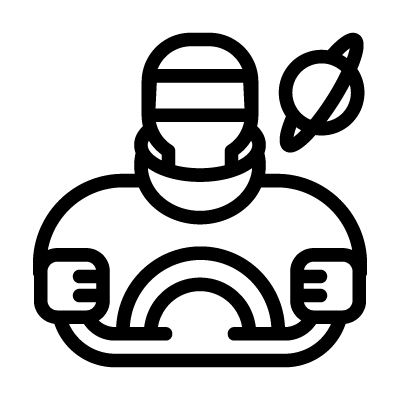 The space adventurer is a common character type in the Space Travel Science Fiction genre. Usually this character has their own interplanetary ship. They survive by living outside the law. They can be hired as an assassin or as a thief to hunt for some rare artifact. This character is very cunning and smart, who usually wears a leather jacket and knows how to wield some cool weapons.