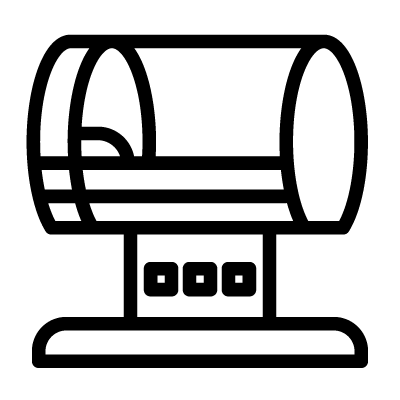 The space hospital is a sterile location on a spaceship where a doctor, whether human or robotic, treats the ship’s crew. Normally, spaceships have advanced technologies that allow professionals to perform complex operations without incisions, carry out complete diagnostics in a second, and sometimes grow new limbs and organs. The hospital also has an outfit for quarantined patients in case an interplanetary virus is carried onto the ship.