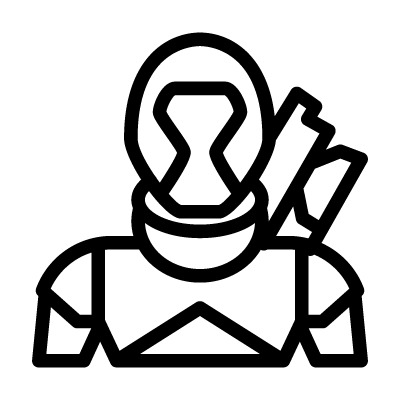 Space scavengers are characters in the Space Travel genre who seek and explore hulking wreckage in the deep black of the void. In this setting, it is the equivalent of an ordinary blue collar worker. Unlike the adventurer and spaceship crew characters, this character is shown in a less romantic manner. Space is not just a tourist attraction or a place to fly, there is danger everywhere and hard work. This character is intended to show other facets of travel in space.
The job of the space scavenger is to clean the orbits of old spent satellites and their debris. If it were not for the scavengers, astronauts would have drowned in space debris long ago.