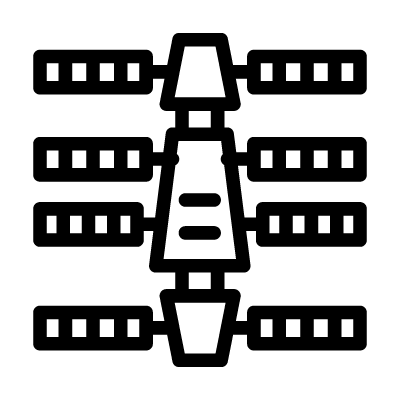 Space station is an artificial habitable environment built for use in a planet’s orbit or in outer space. As a rule, space stations are characterized by low mobility and do not leave their original location, but this term was also used for the largest and heavily armed ships in the known galaxy. Some space stations are built on the surface or inside asteroids as they make their orbit around celestial bodies.