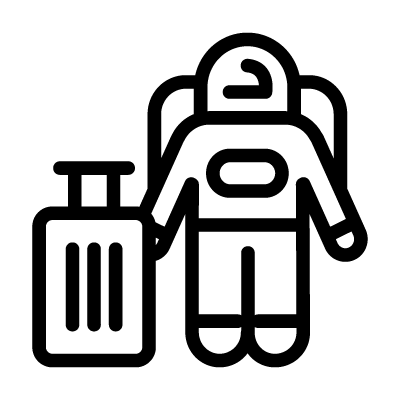 Space tourists are people who go to space to visit and see the sights before eventually returning home. Tourism to the other planets or to the colonies can be a safer business than creating factories on other planets, and it will undoubtedly play a huge role in the future space-based economy. One of the main features of space tourism is the sensation of flight, specifically a weightlessness of the body, a change of colors behind the window from blue to black, and a view of the Earth surrounded by constellations. Science fantasy often features cosmic restaurants, hotels, and resorts, where you can relax right in the midst of the cosmos.