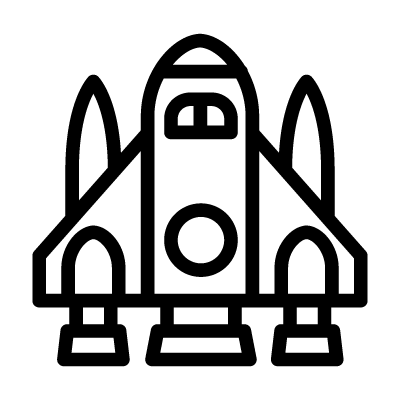 A spaceship or spacecraft is a vehicle capable of moving between star systems, allowing for interstellar flight. Starship flights are prominent in Science Fiction.
Such futuristic spaceships usually have an autopilot, and if faster-than-light travel isn’t available, the crew and passengers are transported while asleep in special cryogenic chambers. Such interplanetary ships also contain artificial gravity technology for ease and comfort of those on board, and larger, military-type ships may be bristling with weapons to repel any threat.