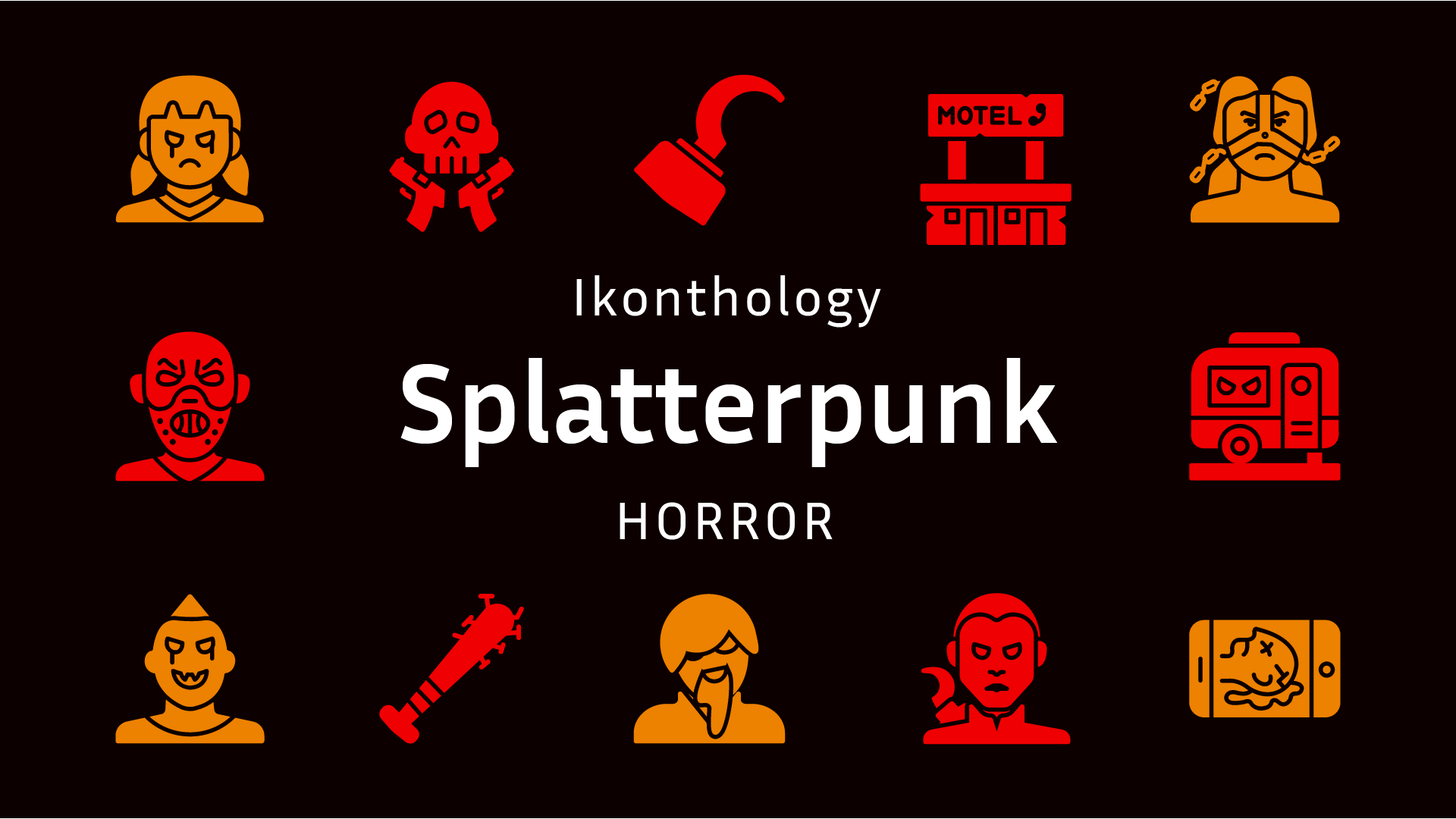 General info: Splatterpunk Horror is characterized by detailed scenes of dismemberment, gore and other physical violence that’s unrelenting in its intensity. For films in this genre, there are alternative names "splatter film" or "gore film.” The antagonists in this genre are often psychopaths of all stripes, i.e. serial killers, rapists, etc. There is not much empathy to go around between audience and characters. Heroes are usually relatively shallow and fit certain archetypes, like the jock, nerd, or preppy girl. It is generally accepted that the term “splatterpunk” was coined by David J. Shaw in the mid-1980s to characterize individual works of the horror genre, the thematic focus of which could be characterized by his own phrase “hyperintense horror without borders.” Extreme and hardcore horror are the synonyms to splatterpunk horror. As a rule, Splatterpunk horror has super-realistic and often overly detailed scenes of violence, a gloomy and oppressive atmosphere, grotesque violation of various stereotypes and taboos.

Cultural overview: The birth of splatterpunk is associated with the mid-to-late 1970s, when a youth counterculture, marked by the powerful influence of punk rock, was gaining momentum in the USA, Great Britain and Australia. This punk ideal, which was a rejection of the trappings of modern culture and taboos, started to spread into all forms of media. This led to a new bevy of stream of consciousness, non-linear and inconsistent storytelling, as well as themes of underground movements, antisocial orientation, marginal groups, and overall deviance This worldview is reflected in the respective “punk” subgenres: cyberpunk, timepunk, splatterpunk, among others. Splatterpunk is a rejection of the more well established psychological forms of horror fiction. By focusing on the visceral and violent nature of horror, artists of all forms were trying to reject subtlety in favor of visceral awe. Clive Barker is widely known as the author of the story Hellraiser, who later directed the film version. Jack Ketchum, Ed Gorman, Joe R. Lansdale, Bret Easton Ellis, Chuck Palahniuk, David Cronenberg.

Meaning: Splatterpunk is considered a "slap in the face of public opinion." The subgenre is part of the social protest of the "new wave" movement and therefore themes of sex, violence, drugs, the cult of individualism, alienation from society, socialism, etc. are key.

Distinctive traits of symbols: "Punk" in the name splatterpunk is not accidental. The genre has a strong gothic motif of a kind of “hell on earth,” which will not end even after death. Extreme Horror delivers a psychological and subtle level of awareness, maniacs and perverts sometimes turn out to be better than ordinary people. And worst of all, they are closer to that very incomprehensible evil.