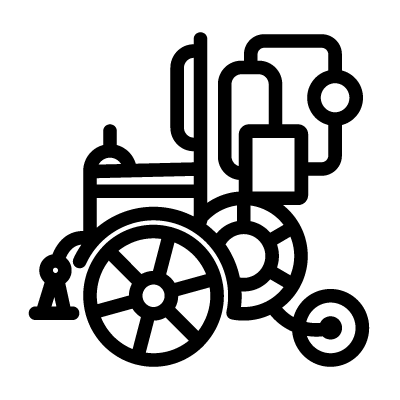 Steam-powered wheelchair is one of the iconic symbols of Steampunk in pop culture, especially for the differently abled community. This kind of wheelchair was displayed in the 1999 film Wild, Wild West starring Will Smith, Kevin Kline and Kenneth Branagh. Dr. Arliess Loveless, the villain of the film, had such a wheelchair. The original television series that served as the inspiration for the film also involved bizarre and inventive devices.