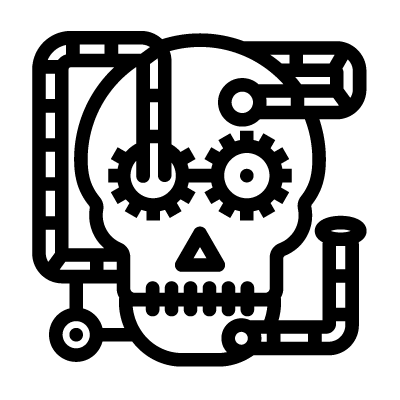 Steampunk cyborg is a being with both organic and bio-mechatronic body parts. In a steampunk world these parts are prostheses that operate using a steam engine, rather than electricity. Similar to cyborgs present in the wider cyberpunk genre, these are people grafted with mechanical parts to replace missing limbs. Unlike traditional cyborgs, these kinds of prostheses are more similar to pneumatic systems and can include industrial tools like jackhammers or vices.