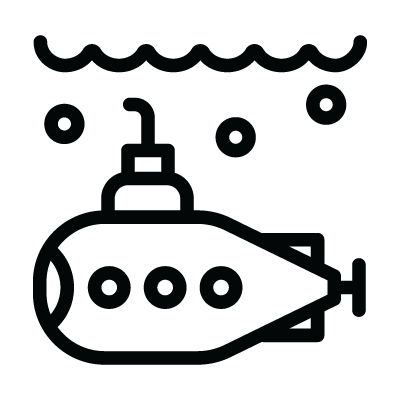 A submarine is a watercraft capable of independent operation underwater. It differs from a submersible, which has more limited underwater capability. It is also sometimes used historically or colloquially to refer to remotely operated vehicles and robots, as well as medium-sized or smaller vessels, such as the midget submarine and the wet sub. Submarines have one of the widest ranges of types and capabilities of any vessel. They range from small autonomous examples and one- or two-person subs that operate for a few hours to vessels that can remain submerged for six months at a time.