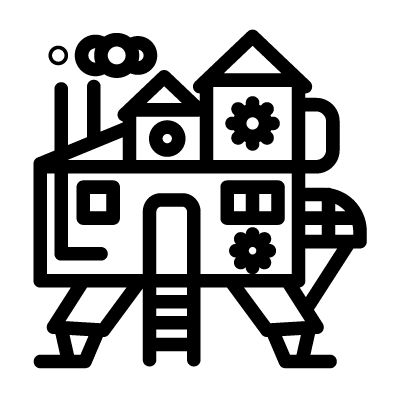 Description of The Steam House

The Steam House is an 1880 Jules Verne novel recounting the travels of a group of British colonists in the Raj in a wheeled house pulled by a steam-powered mechanical elephant. Verne uses the mechanical house as a plot device to have the reader travel in 19th century India. In the Steampunk world, there are houses with appliances that operate on steam power and houses that can move on that same power.