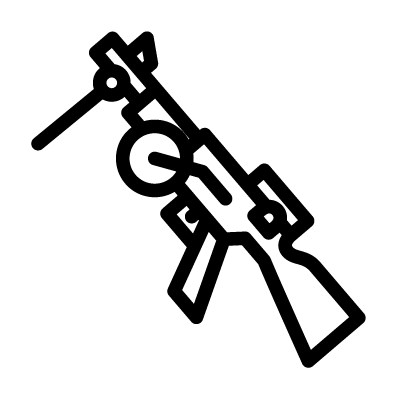 The Thompson submachine gun is an American submachine gun first invented by John T. Thompson in 1918 during World War I and became infamous during the Prohibition era, being a signature weapon of various organized crime syndicates in the United States. It also appears as one of the main weapons in the steampunk world.