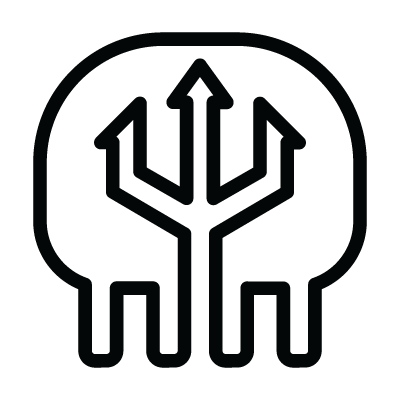 Trident is a three-pronged spear. It is used for spear fishing and historically as a polearm.

The trident is the weapon of choice for Poseidon, or Neptune, the god of the sea in classical mythology. The trident may occasionally be held by other marine divinities such as Tritons in classical art. Tridents are also depicted in medieval heraldry, sometimes held by a merman-Triton.