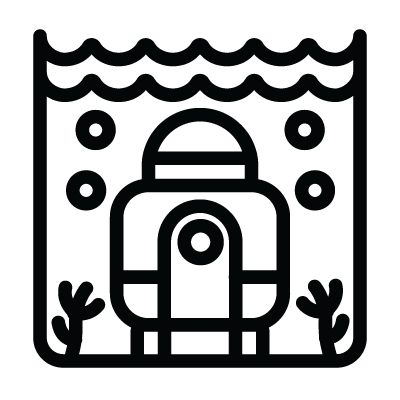 The underwater lab is a submarine research base. Underwater lab is dedicated to the exploration of the seas and the protection of marine life. It can also be used as a headquarters for top secret researchers or the lair of some evil genius, beant on ruling the world from beneath the waves.