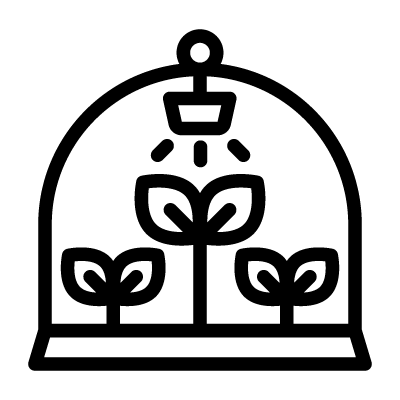 Urban garden domes are specially equipped places in a city for growing produce. Each city in an ecotopia provides itself with agricultural products in order to reduce the cost of their transportation. Such domes are equipped with special climate controllers that allow a city to grow a huge amount of products in a small area all year and under any conditions.