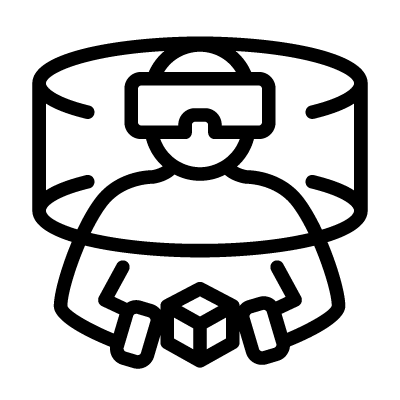 Virtual reality and augmented reality are types of artificial reality. VR is a world created by technical means, transmitted to a person through their sensations, namely sight, hearing, touch. Virtual reality simulates both exposure and responses to exposure. Augmented reality is similar, but overlays fake digital environments over normal perception. Imagine playing a board game that only you and the other players can see, or a sport with virtual obstacles projected on a real-life playing field. That is what augmented reality can provide in the Digital Utopia.