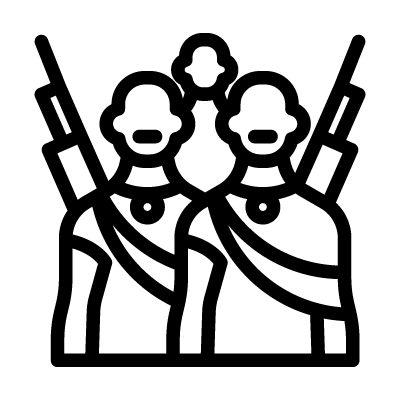 In a Post-Apocalyptic setting, wild tribes usually live in deserts, mountains, or other normally inaccessible or inhospitable areas and consist of feral or mutated people. These tribes either live in peaceful solitude or stream down from their rugged hideaways to prey upon the odd settlement or caravan that comes too close to their home.