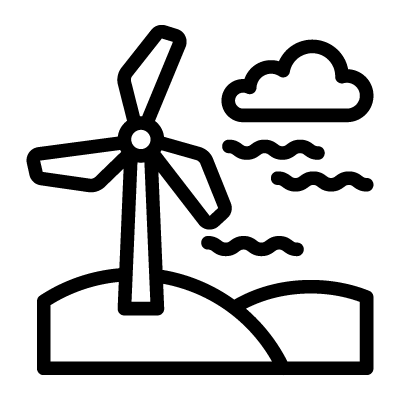 A wind generator or “windmill” is an alternative source of clean energy, which can be of great help in eco-farming. This device usually consists of a generator, a tall tower with blades that rotate to capture the wind, batteries, and an electronic control system. Therefore, provided there is a sufficiently strong and regular wind in the region, such an installation can significantly reduce non-green energy consumption by replacing it with its own eco-friendly electricity.