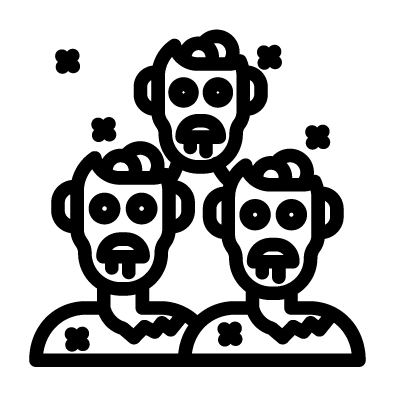 Zombie apocalypse is one of the most popular forms of apocalyptic fiction, a situation where the population of flesh-eating zombies vastly exceeds the dwindling number of uninfected people left in the world. These last remnants of humanity have to constantly struggle for survival with little chance of societal revival. The cause of the zombie apocalypse is the zombie virus, which can spread around the world through bites or other physical transmission.